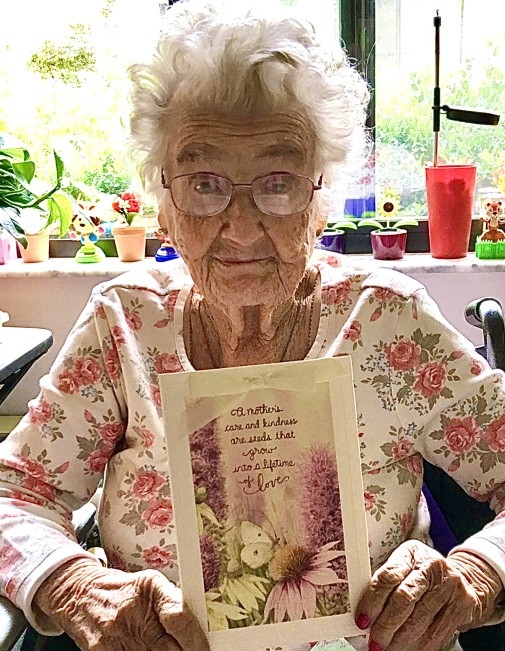 Wilma Raulerson Hufstetler, age 93, of Lake Butler, passed away on April 20, 2021, at Windsor Manner in Starke, with her daughter, Carolyn, by her side. Wilma was born on October 5, 1927 in Starke, to Willie A. and Onie Raulerson. She lived most of her life in Raiford and was a lifelong resident of Union County. She was a talented seamstress who worked for many years at the Lake Butler Apperal Company until her health forced her to retire. She was a feisty little lady who would speak her mind at the drop of a hat. She was once described, by the late Tommy Spires, as “Tough”. Although she may have been tough, she was also very loving and was faithful to her Lord, Jesus Christ. Wilma was of the Baptist faith and attended Johnstown Baptist Church for many years. She is preceded in death by her parents; her daughter, Linda Fay Smith; brother, Leroy Raulerson; sisters, Elvie Johnson and Eunice Moody; and great-granddaughter, Christy Smith.

A funeral to honor Ms. Wilma’s life will be held on Friday, April 23, at 3:00pm at Archer Funeral Home. The family will receive friends for a visitation beginning at 2:00pm at the funeral home. Brothers Art Peterson and Shane Collins will be officiating her services. Her interment will be at McKinney Cemetery. Arrangements are under the care and direction of Archer-Milton Funeral Home. 386-496-2008. www.archerfuneralhome.com

To order memorial trees or send flowers to the family in memory of Wilma Hufstetler, please visit our flower store.
Send a Sympathy Card