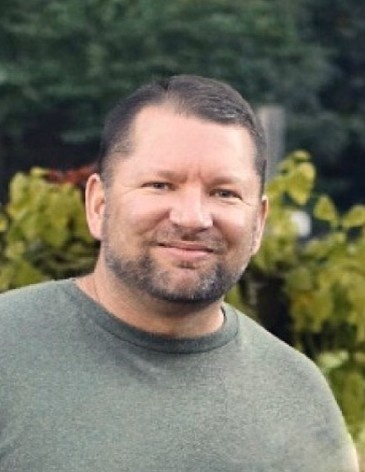 Mr. Timothy Wayne Henderson, age 42, of Glen Saint Mary, Florida went home to be with his Lord and Savior on November 8, 2020, after a courageous battle with the Covid-19 virus. Tim was born on April 17, 1978 in Orange Park, Florida to Dennis and Helen (Sanders) Henderson.  He grew up in Callahan, Florida and was a 1996 graduate of West Nassau High School. In 2006, he moved to Macclenny, Florida where he met the love of his life, Kylie Graves. They married in 2010  and had two beautiful children, Waylon Gene and Emma Grace. For the past 18 years, Tim was a dedicated employee for Southeast Toyota JM Family Enterprises, INC. Tim enjoyed many outdoor activities such as hunting, fishing, or simply working around the farm. He also grew up dirt track racing and was a die hard Georgia Bulldog fan. More than anything, Tim enjoyed spending time with his family. He was a faithful member of Raiford Road Church and loved the Lord. He had a huge heart and always put others before himself. He was a loving husband, father, son, brother, nephew and uncle. The way that Tim lived his life was an example of Christ’s love.  To know Tim was to love Tim.  He will be missed greatly by so many.
Tim is predeceased in death by his maternal grandparents, Henry and Estelle Sanders, his uncle Gregg Garvey and his father-in-law, Gene Graves.

In order to keep the family and the public safe during this pandemic, a private funeral service to honor Tim’s life will be held on Saturday, November 14, at 11:00 am at Raiford Road Church. At the family’s request, the service will be made available live streamed from Archer Funeral Home’s and Raiford Road Church’s Facebook page so that everyone may still be a part of the service. His interment will be at South Prong Cemetery. The service will be officiated by Bro. Eddie Griffis, Bro. John Raulerson, and Bro. Tom Henderson.  To honor Tim, Pallbearers will be Joey Chauncey, John Ross Newmans, Derek Rozier, Jeremy Stevens, Les Burnsed, Gary Kennedy, Ray Beaumont, John Kasper and Non Phommathep.

Arrangements are under the care and direction of Garrett Milton, L.F.D. of Archer Funeral Home, Lake Butler, FL. 386-496-2008. www.archerfuneralhome.com

To order memorial trees or send flowers to the family in memory of Timothy Wayne Henderson, please visit our flower store.