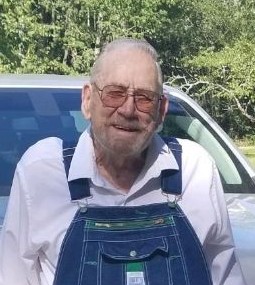 Mr. Thomas “TJ” Forsyth of Raiford passed away on September 14, 2021, at the age of 91. Mr. Forsyth was born in Hampton, FL on February 15, 1930, to the late Oscar and Vernie Forsyth. In 1951, Mr. Forsyth joined the United States Army and then married the love of his life, Mrs. Virginia Ellen Faulkner. He proudly served this country for 4 years before returning home. After his service, he became a correctional officer where he retired from Union Correctional Institution as a sergeant after 34 years. He was affectionately known as “Sgt. Lord Have Mercy” to those who he worked with. Mr. Forsyth was a Deacon of First Baptist Church of Raiford and loved being involved in church activities. Mr. Forsyth was a wonderful man and always joy to be around and will be dearly missed.

He is preceded in death by his parents, Oscar and Vernie Forsyth; his wife of 63 years, Virginia Ellen Forsyth and his daughter, Janet Lorane Forsyth.

Mr. Forsyth is survived by his son, Tommy (Betty Ann) Forsyth; grandson, Zachary Forsyth; and great-grandson, Alex Forsyth all of Raiford; his sister, Jewell (Wendell) Pittman of Willow Springs, MO; In-laws, Carrie Clark, Barry and Vera Hendrix, Drexel and Geri Faulkner, and Roy and Barbara Faulkner; and numerous nieces and nephews.
A service to honor Mr. Forysth will be held at 11:00am on Tuesday, September 21st at his church, First Baptist Church of Raiford. A visitation will begin at 10:00am. Mr. Forsyth will be laid to rest next to his wife at Sapp Cemetery in Raiford. Pastor Tommy Smith will officiate the services. Arrangements are under the care and direction of Archer-Milton Funeral Home, Lake Butler. 386-496-2008

To order memorial trees or send flowers to the family in memory of Thomas "TJ" Jefferson Forsyth, please visit our flower store.
Send a Sympathy Card