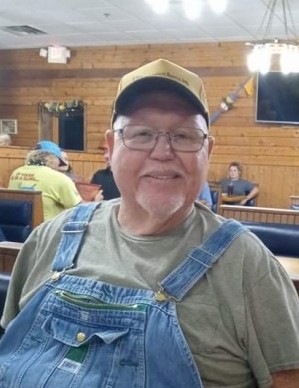 Mr. Thomas Wayne “POPS” King, age 66, of Lake Butler, FL passed away peacefully, August 5, 2021, at Shands Hospital in Gainesville, FL. He was born on June 23, 1955, in Gainesville to Kenneth and Eleanor King. He grew up in Gainesville and graduated from Buchholz High School. He moved to Lake Butler and called it home for the last 26 years. Pops worked as a correctional officer and retired from RMC in 2008. He loved dirt track racing and working on small engines. Pops also loved his church, Bayless Baptist Church, where he was a member for over 24 years and served as a Deacon and was very active in his FROG groups. He looked forward to his Sunday afternoon get-togethers with his children and grandchildren. They would often sit by the pool and grill. If he had to be indoors, you would catch him reading a western book or watching a western on TV. If you knew Pops, you would agree that he was the most kindhearted, unselfish human ever. He is preceded in death by his wife, Connie King and his parents.

A funeral to honor Mr. King’s life will be held on at 11:00am on Friday, August 13, at Bayless Baptist Church with Bro. Mike Conner, Pastor, officiating. The family will receive friends for a visitation beginning at 10:00am. His interment will follow at Jonesville Cemetery. Arrangements are under the care and direction of Archer-Milton Funeral Home, Lake Butler. 386-496-2008. www.ArcherFuneralHome.com

To order memorial trees or send flowers to the family in memory of Thomas King, please visit our flower store.
Send a Sympathy Card