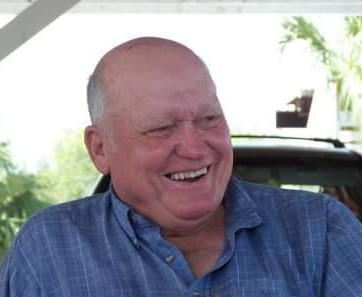 SD was born in Pompano Beach, FL in 1935. He is preceded in death by his parents, Edgar Telton Lyons, and Lillian Brown Lyons; his brother, Collis Vance Lyons, his sister, Carole Ann Stella; and his former wife of twenty-nine years and the mother of his children, Norma Jean Ryan Lyons. He is survived by his children, Kelly Hale (Tommy), Beverly Hurtt, Kevin Lyons (Milena), Brian Lyons (Lynn); seven grandchildren, and three great-grandchildren; his former wife and devoted friend, Cathy Cain Lyons and her two sons (and predeceased daughter), five grandchildren and four great-grandchildren.

SD grew up on a farm in Live Oak, FL and won the National Agricultural award at the age of twenty. He continued farming throughout his life, growing watermelons commercially for many years. He served in the US Navy as an airplane mechanic based out of Jacksonville, FL.  After relocating to Alachua, FL in 1969 he started Mid-Fla Hauling and was instrumental in building many roads, highways, and sections of interstate throughout Florida and Georgia. After retiring from trucking in 1982, he opened The Connection restaurant in Alachua, FL and worked there every day until his retirement in 2001. Even in his later years he could not sit idle. He developed and patented a remote-controlled anchor for boats and designed and installed sea walls up and down the gulf coast.  He had an innate ability to repair or make, any and everything. He readily passed along his generational knowledge to everyone, willing to learn.

He was an avid fisherman, respected businessman, a loving father, and a loyal friend.  He was best known for his ability to ride out a storm of any kind, with his exceptional sense of humor.

In lieu of flowers, the family requests donations be made to Beulah Baptist Church.

To order memorial trees or send flowers to the family in memory of Stanley Lyons, please visit our flower store.
Send a Sympathy Card