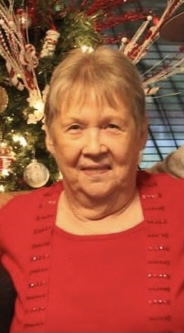 Mrs. Ruth Marie “Perry” Paladino, age 80, of Hampton, Florida passed away Wednesday December 30, 2020 at her residence. She was born in Gainesville, Florida on March 2, 1940 to the late Evelyn Inez & Acey Hazelton Perry. Mrs. Paladino was a longtime resident of Hampton where she worked in food service at Hampton Elementary School as well as Starke Elementary School where she retired. She was a member of Victory Baptist Church in Hampton.

Services held were private and burial will take place at a later date. Arrangements are under the care and direction of Archer Funeral Home in Lake Butler, Florida.

To order memorial trees or send flowers to the family in memory of Ruth Marie Paladino, please visit our flower store.
Send a Sympathy Card