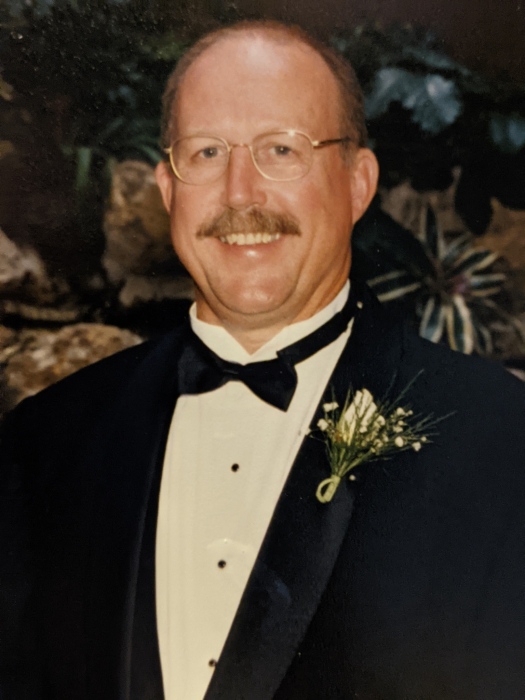 Russell Alexander Wade Jr. (Rusty) passed away April 7, 2021, surrounded by his loving family, after an extended illness.  He was born January 13, 1947, the son of Russell Alexander Wade and Pearl Yeomans Wade.  Losing his birth mother at the age of two, he and his sister Janet were raised by his father and beloved stepmother, Nelle.  He grew up in Lake City, Florida, working hard at his father’s farm and feed store.  In high school, he transferred to Union County where he excelled at athletics, was voted most intelligent by his classmates and met Sandra Sue Roberts, who would later become his wife.  After graduating from Union County High School in 1965, he went to work for the AT&T company.  In 1969 he joined the Army and served his country with honor in Vietnam, just as his father served in World War II.  Rusty was a true patriot, he loved his country.  Immediately upon his return from Vietnam, he tragically lost his father to cancer.  In 1971, he married the love of his life Sandra, and was later sealed in the Logan Utah Temple of the Church of Jesus Christ of Latter-Day Saints.  They welcomed their first born son, Russ, in 1975.  Subsequently graduating from the University of Florida with a bachelor’s degree in building construction with high honors, Rusty continued to work for AT&T and as a Licensed General Contractor.  Rusty and Sandra welcomed two more sons: Jeffrey, in 1977, and Jordan, in 1982.  In 1987, Rusty survived a near-fatal cardiac event that would leave him with lifelong disabilities that he dealt with through force of will and great personal strength.  He retired from AT&T in 1998 and devoted his life to his family.  Despite his health, he lived to see six grandchildren born: Katie, Maggie Alex, Molly, Sadie, and Kimball.

Rusty enjoyed music, golf, fishing, hunting, and the outdoors.  Every year in December he and his boys spent a few days with his lifelong friend, Tim Erwin in South Florida which was a bonding experience they will always treasure.

On April 7, 2021, Rusty finally succumbed to his illnesses and went into the peace of his savior, Jesus Christ.  He was preceded in death by his parents.  He is survived by wife Sandra Roberts Wade, sons Russell Alexander Wade III (Wife Tammy), Jeffrey Roberts Wade, and Jordan Kimball Wade (Wife Kiley), sister Janet Wade Shifflett (Husband Ron), and six grandchildren.  He left many nephews and nieces on both sides of the family he loved dearly.

Arrangements are under the care and direction of Archer-Milton Funeral Home. 386-496-2008 www.archerfuneralhome.com

To order memorial trees or send flowers to the family in memory of Russell Alexander Wade, Jr., please visit our flower store.
Send a Sympathy Card