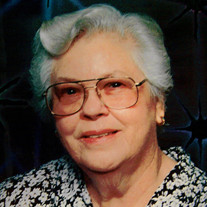 Roberta Davenport Carter, 92 of Starke passed away peacefully Monday, April 14, 2014 at her residence. Mrs. Carter was born on March 18, 1922 in Bedford, Va, to the late Robert and Betsy Mitchell Davenport and has lived most of her life in Starke. She was a homemaker and of theBaptist Faith. She is preceded in death by her husband Maurice Carter, Sr. and son Maurice Carter, Jr.
Mrs. Carter is survived by her son: David Carter of Starke; Five grandchildren: D.J. Carter, Cayla Carter, Robbie Cooper, M.P. Carter, and Nancy Griffis; 10 Great grandchildren; Sister: Mary Davenport of Bedford, Va.
Funeral Services for Mrs. Carter will be held Friday, April 18, 2014 at 3:00 pm in the Chapel of Archer Funeral Home, with Rev. Danny Boyd officiating. Burial will be held at Crosby Lake Cemetery following the services. The family invites friends for visitation Thursday, April 17, 2014 from 6:00 to 8:00 pm at Archer Funeral Home. Archer Funeral Home is in charge of the arrangements. 386-496-2008

To order memorial trees or send flowers to the family in memory of Roberta Carter, please visit our flower store.
Send a Sympathy Card