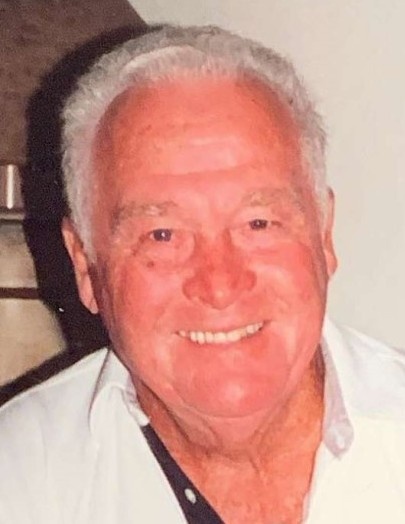 Robert Edgar Fretwell, age 89 of Lake Butler, Florida went home to be with our Lord and Savior on March 16, 2019 following a brief illness. He was born on August 7, 1929 and was the youngest of 8 children. Robert (Bob) grew up in Daytona Beach, Florida and attended Mainland High School and graduated in 1949. He was the President of the Student Body in 1948-1949 and excelled in sports, playing football, basketball, baseball and track.

After he graduated, Bob worked for Ruland Brothers Plumbing in Daytona Beach until 1951. In 1951 he was drafted into the United States Army at Ft. Jackson, SC where he served until April 1953 and received an Honorable Discharge as a corporal. In 1954 he went to work for Bell South Telephone Company where he worked in the cable repair service for over 36 years. He served as a union steward with the Communications Workers of America Local 3102. In October 1990 Bob retired from the phone company and he and Nora moved to Lake Butler.

Services will be held Wednesday, March 20, 2019 at First Baptist Church of Lake Butler. Visitation will begin at 9:30 AM followed by a Celebration of Life service at 10:30 AM. An internment will be held at Greenwood Cemetery, 320 White St, Daytona Beach Florida at 3 PM.

In lieu of flowers, those who wish can make a donation to First Baptist Church of Lake Butler, 195 E Main Street, Lake Butler, FL 32054. Arrangements are under the care and direction of ARCHER FUNERAL HOME, Lake Butler, FL. 386-496-2008

To order memorial trees or send flowers to the family in memory of Robert Edgar Fretwell, please visit our flower store.