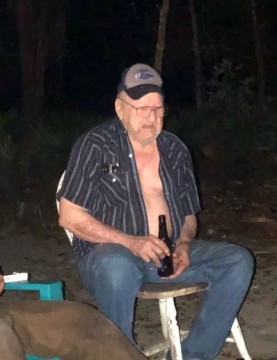 Mr. Robert “Bob” Dampier, 79, of Old Town, passed away at his home on April 15, 2021. He was born to Ollie Dampier and Cora Dean Grubbs on February 15, 1942 in Sante Fe. Bob grew up in Auburndale and eventually moved back to the Lake Butler area to be with family. He worked as a mechanic and a welder most of his life. He loved being outdoors, fishing and camping. He is preceded in death by his parents, his daughter, Carolyn Dampier; and his sisters, Dorothy Seay, Josephine Birch, and Joyce Ann Mincks.

Bob is survived by his children, Ronnie and Timmy Dampier both of Worthington Springs, Carol, Bo, and Robin Dampier all of Old Town; 18 grandchildren and 3 great-grandchildren; his siblings, Mary, Pauline, and Shirley Ann all of Lake Butler, Delbert and Roy of Winter Haven, Marcus of Poe City, Retha of Auburndale, and Charlotte and Reba of Lakeland; numerous extended family also survive.

Arrangements are under the care and direction of Archer-Milton Funeral Home, Lake Butler. 386-496-2008. www.archerfuneralhome.com

To order memorial trees or send flowers to the family in memory of Robert "Bob" Dampier, please visit our flower store.
Send a Sympathy Card