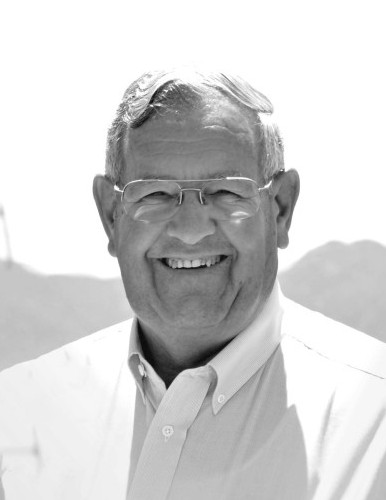 Dad gave his heart to the Lord and was baptized at the Sharon Mennonite Church at a young age. On Sept. 16, 1967 he married Elmeda Graber and they made their first home in Baltic, Ohio. After three years there, they moved to Elida, Ohio where Dad was in construction until the death of this oldest brother, Gaylord, in 1981. They then moved their family to Carbon Hill, Ohio to help with the door business for three years. In 1984, we moved to Amelia and Dad started Amelia Overhead Doors there. As the boys grew older, they joined him in business and have many treasured memories of working together. Dad’s last move was to Lake Butler, FL in 2006 where he was helping LaMar and his boys in their door business. He was a very active part of the Sante Fe Mennonite Church at the time of his death.

Dad was a servant in work shoes, heartily responding to any need at hand, making sure it was accomplished suitably. An utmost goal was to be a vessel for the furtherance of God’s kingdom. Church participation, family, and grandchildren were his premier assets. He served on the school board many years, which developed a sincere appreciation for that arm of the church. Dad was such a family man and loved people, coffee and eating out.

Dad had open heart surgery in 1995 and then had two stents put in in 2018. Mom was such a faithful nurse to Dad through all those years, spending many hours diligently seeing to it that Dad had the best care she could give him.

He is survived and will be greatly missed by his loving wife, Elmeda, and their children, LaMar (Nina) of Lake Butler, FL; Lisa (Eldon Hooley) of Barry, Texas; Alfred (Norma) of Goodhue, Minn. and Rosetta (Robert Shank) of Jetersville, Virginia. He will be sadly missed by their 25 grandchildren and one great-grandchild, whom he loved dearly. Also surviving are his two brother and three sisters. He was preceded in death by one grandson and three brothers. Our family has been blessed so richly by Dad’s faithfulness and the example his life was to us. We have a storehouse of many treasured memories of family times together.

A graveside service is planned for Friday (April 17) at Sante Fe Mennonite Church Cemetery at 11am. The family invites friends for a drive-through viewing beginning at 9am at the church. A public memorial service will be planned at a later date. Arrangements are under the care and direction of Archer Funeral Home, Lake Butler. 386-496-2008. archerfuneralhome.com

To order memorial trees or send flowers to the family in memory of Raymond Henry Bear, please visit our flower store.
Send a Sympathy Card