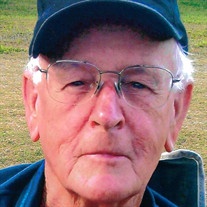 Nathan Brown, 77 of Providence passed away Thursday, October 30, 2014 at North Florida Regional Medical Center in Gainesville after an extended illness. He was born on December 12, 1936 in Weirdale, Florida to the late Frank Brown and Iva Brinson Brown. Mr. Brown was an Airforce Veteran. He retired from FAA Electronic Tech. He was a member of the Old Providence Baptist Church. He is preceded in death by his daughter: Debbie Casper

To order memorial trees or send flowers to the family in memory of Nathan Brown, please visit our flower store.
Send a Sympathy Card