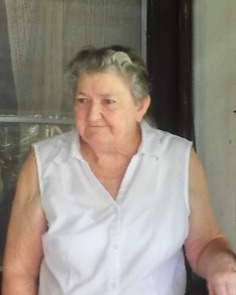 Myra Mae Thomas-Land, age 81, passed away on December 28, 2022, at Windsor Health and Rehab in Starke, FL. Myra was a lifelong resident of Union County. She was born September 2, 1941, to the late Jessie and Reba Thomas. After a year of asking, and a small courtship, Myra married the love of her life, Freddie Land in 1963 and they spend 48 wonderful years together until his passing. Myra was an exceptional housewife, caretaker, and gardener. She loved having a garden no matter the size. Her strong personality made her a force to be reckoned with. Her determination and will-power has been carried on to her daughters and will live on through them. Her love of family surpassed everything, especially the love she had for her grandchildren. Myra is preceded in death by her parents, Jessie and Reba Thomas; husband, Freddie Land; her sisters, Marylin Meredith and Norma Jean Thompson.

To order memorial trees or send flowers to the family in memory of Myra Mae Thomas-Land, please visit our flower store.