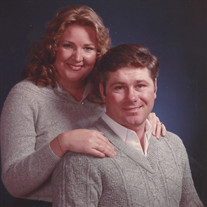 Scott Dale Chamberlin 64, of Starke passed away suddenly September 21, 2016 at his home. He was born in Peacham, VT. To the late Kenneth Chamberlin and Betty Robinson Chamberlin. After high school Scott joined the Air Force where he spent the next 21 years before retiring. He then worked for J.B. Hunt trucking for many years. Scott enjoyed all sports-Golf, baseball, and he really enjoyed watching the Red Sox play. He is a member of the Church of Jesus Christ of Latter Day Saints Starke Ward.

Graveside Funeral Services will be held Saturday morning at 10:00 AM @ Oak Grove Cemetery in Union County. Arrangements are under the care of Archer Funeral Home in Lake Butler. 386-496-2008

To order memorial trees or send flowers to the family in memory of Mr Scott Dale Chamberlin, please visit our flower store.
Send a Sympathy Card