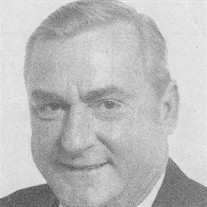 Jack David Cason, 83 of Lake Butler passed away Thursday morning December 31, 2015 at the North Florida Regional Medical Center in Gainesville with his family by his side. Jack was born on October 16, 1932 in Raiford where he lived most of his life in Union County. He was the son of the late Alice Dowling Cason and Joseph Cason. He was preceded in death by 2 sisters: Blanche Johnson and Joyce Norman. 3 brothers: Joe Bryan, Ray Bryan and Robert Lee Cason. After graduating from Union County High School, he served in the US Army during the Korean Conflict War.
Jack began his career with coca cola in 1953, he retired as president of Coca Cola in 1989. He married Tessie Rosier in 1955. After retiring he purchased the Lake Butler Farm Center. He also started his cattle ranch at that time where he enjoyed raising Black Angus cows.
He is survived by his Loving wife of 60 years: Tessie Rosier Cason and several Nieces and Nephews.
Funeral Services will be held Sunday January 3, 2016 at 3:00pm at the First Baptist Church of Raiford. A visitation for family and friends will be held from 2:00 pm until 3:00pm just before the funeral services. Burial will follow in Sapp Cemetery. Arrangements are under the care of Archer Funeral Home in Lake Butler. 386-496-2008

To order memorial trees or send flowers to the family in memory of Mr Jack David Cason, please visit our flower store.
Send a Sympathy Card