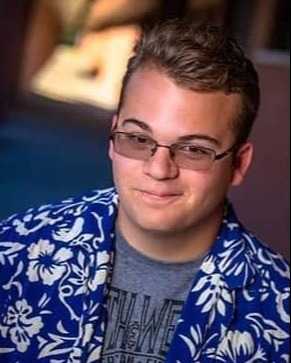 QUIRKY, GOOFY, and GIVING are all terms used to describe Matthew “Connor” Beighley. Born February 21, 2001, to James and Erin Waters Beighley, Connor, after living up to his generous name and donating his organs, he was finally at peace on October 12, 2022.

Connor was a 2019 graduate of Union County High School and a correctional officer at RMC. He was musical; he loved to play instruments, write songs and sing. Connor always lit up while he was playing or listening to music. It didn’t matter the genre or age of the song. He was a huge history buff who enjoyed collecting antiques. Connor was the “King of useless trivia” who was too smart for his own good.  A fisherman, animal lover, and a giant among men. Connor was a special young man who would give you the shirt off his back; and if he didn’t have a shirt, he would borrow from someone else to give to you.

He leaves behind the ones that love him most, his parents James (Julie) Beighley and Erin (Randy) Salisbury; his siblings, Brittney, John Michael, Nolan, and Jeremy; grandparents, John and Karen Bridwell, Jack and Phyllis Beighley, and Nancy and Marvin Griffis; and numerous aunts, uncles, and cousins.

In lieu of flowers, the family requests donations be made to: Connor Beighley - Fundraising For American Foundation for Suicide Prevention (afsp.org)

To order memorial trees or send flowers to the family in memory of Matthew Connor Beighley, please visit our flower store.