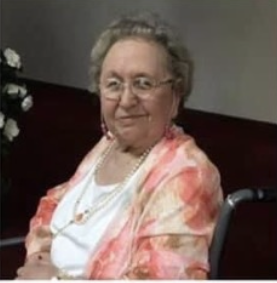 Mrs. Martha Lillian Hendricks, 78, of Lake Butler, Florida, passed away on April 23, 2020, at Tri-County Nursing Home, Trenton, Florida. She was born on April 26, 1941, in New Jersey to Steven Nagy and Martha Moberg Nagy whom precede her in death.

She is also preceded in death by her husband of 30 years Glenn Harold Hendricks and her brother Tommy Nagy.

Martha graduated from high school in Miami, Florida in 1959. Over the years, she worked as a telephone operator, and a sales representative for Tupperware, Avon, House of Lloyd, Stanley Products, and Dillard’s where she received the Employee of the Month award. Throughout her career, her most prized vocation was being a mother to her kids and a fun aunt to her many nieces and nephews.

Martha was described by many as having a giving heart. She sponsored children from the Valdosta Children’s Home where she would have them spend summer and Christmas with the family. She always tried to remember everyone’s birthday with a card or gift no matter their relation to her. Additionally, she was a good steward of God’s gifts to her as she opened up her home to anyone in need.

The graveside service will be held at Elzey Chapel Cemetery on Thursday, April 30, 2020 at 11 A.M. with Gary Wyder officiating. There will be a graveside visitation at 10 A.M., as well. Arrangements are under the care and direction of Archer Funeral Home, Lake Butler. 386-496-2008 archerfuneralhom.com

In lieu of flowers, please think of Martha as you make a donation of time or money to a charity of your choice.

To order memorial trees or send flowers to the family in memory of Martha Lillian Hendricks, please visit our flower store.
Send a Sympathy Card