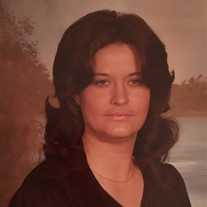 Marie was an amazing cake designer and nothing made her happier than entertaining family and friends in her beautiful home. She loved music and could play practically any musical instrument. Marie was such a caring, giving, selfless woman... anyone who met her, loved her.

To order memorial trees or send flowers to the family in memory of Marie Freeman, please visit our flower store.
Send a Sympathy Card