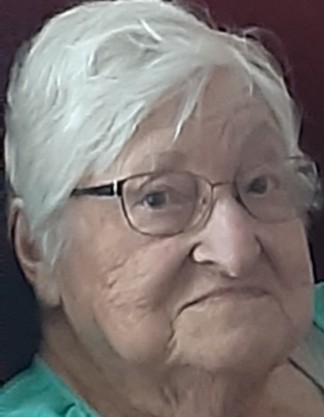 Joyce Lillian (Pinnell) Bennet was born on July 9, 1922 in Bristol, England. She passed away on February 2, 2021 at the home of her youngest daughter, Darlene, in Keystone Heights, Florida.

Joyce had a well-lived and well-loved life. After completing her high school education in the metropolitan city of Bristol, England at the age of 15, she went to work for a local construction company’s accounting department, running a comptometer machine, the first all-electric desktop calculator. When England entered World War II, Joyce’s adventurous nature led her to becoming one of the many Air Raid Wardens, whose duties included running out into unlit streets to warn the civilian population to take shelter during air raids. During this frightening time in her young life, she met her future husband, Johny Bennett, a US soldier from Lawtey, Florida, who was stationed at a local army base there in England. When the war ended, it would take Joyce and her young son, David, three years to be reunited with her husband in the United States. After traveling across the rough waters of the Atlantic on the famous ocean liner, The Queen Mary, with the other war brides, her journey would take her first to Ellis Island, New York, then south by train to Lawtey, Florida, where her husband Johny awaited her and their son’s arrival. She worked at both the Lake Butler High School cafeteria and the Lawtey Elementary cafeteria. She retired from the latter after the passing of her husband, and then moved to Bristol, Tennessee in 1979. There she worked with her eldest daughter, Diane, at the Tri-State Children’s home, until June 2020. After many years of being a surrogate grandmother to many of the children in the home, Joyce returned to Florida to reside with her remaining children until her death.

Joyce’s interment, where she joined her husband at Evergreen Cemetery in Starke, was conducted under the direction of Archer Funeral Home of Lake Butler, Florida on February 4, 2021.

Joyce gave back to others even in her death. In lieu of flowers, she requested donations be made to either St. Jude’s Research Hospital or Shriners Children’s Hospital in her name.

To order memorial trees or send flowers to the family in memory of Joyce Lilian Bennett, please visit our flower store.
Send a Sympathy Card