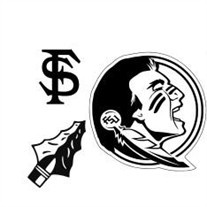 Johnny Ray, 56 of Jacksonville passed away on November 11, 2016 at the Florida Hospital in Orlando. Johnny was born in Brooker, Florida to Charlie Ray and Mattie Miley Ray. He is preceded in death by his father Charlie Ray, Three brothers: Charlie, Bobby and Danny Ray, and one sister Penny Ray.
Johnny was an avid Florida State Fan, he enjoyed all his family and friends, and He lived a happy life.
He is survived By: His Mother: Mattie Miley Ray
His Daughters: Brittany Smith, Allie Ellstorm, Autumn Ray, Lindsey Ray and Madison Ray His Sons: Shane Ray, Brandon Ellstorm, Dustin Ray and Landon Ellstorm
His Brothers: Ricky, Billy and Randy Ray
His Sisters: Diane Crews, Vernell Chesser, Sandy Nichols, Linda Raulerson, Cathy Lee and Nancy Johns
His two Grandchildren

Services for Johnny will be on Wednesday, November 16, 2016 @ 1:00 with a visitation for family and friends beginning at 12:00pm at the Archer Memorial Chapel. Burial will follow in the Ft Call Cemetery. Arrangements are under the care of Archer Funeral Home in Lake Butler. 386-496-2008

To order memorial trees or send flowers to the family in memory of Johnny Ray, please visit our flower store.