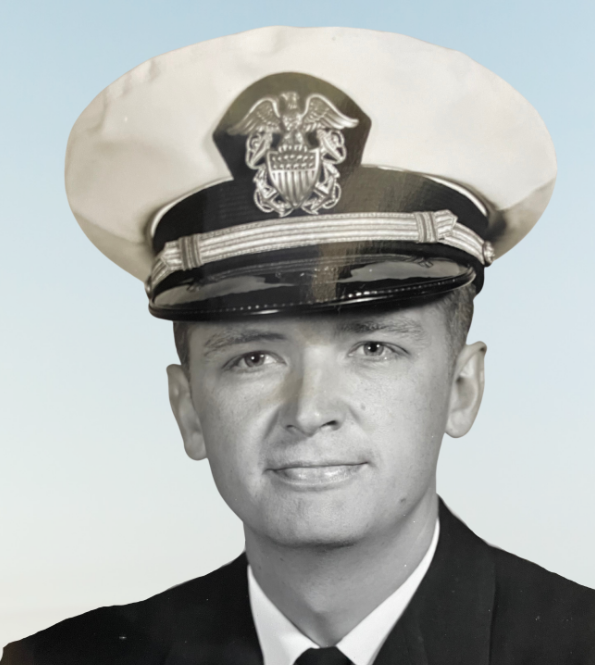 Infamously credited with inventing copper wire because of his ability to stretch a penny, humble beginnings instilled a fiscal conservative nature in Captain Rimes. Born on September 25, 1936, in Worthington Springs, to JD and Mary Rimes, he grew up in Worthington Springs and was a 1954 graduate of Union County High School. Desiring to further his education, John had to work to pay his way at the University of Florida. While at UF, majoring in Agriculture Economics, he joined to ROTC program. After graduating, he enlisted in the United States Navy and began flight training at the Naval Air Station in Pensacola, FL. During his service, he was stationed in Patuxent River, Maryland, Argentia Newfoundland, and Jacksonville, FL. He completed missions, such as flying the Lockheed Constellation North Barriers between Iceland and Russia during the Cuban Missile Crisis. John returned to Jacksonville where he served as a Navy Flight Instructor. After he was Honorably Discharged from the Navy, his love for flying carried over into the civilian life where he was a Captain for commercial airliners National Airlines and Pan Am Airlines. He flew 727’s and DC-10’s both internationally and domestically for 23 years.

John was a member of the Worthington Springs United Methodist Church and this is where he met the love of his life, Lessie Munn. In 1959, the couple married in that little church with $10 to their names. Hardships and financial struggles drove John to become an entrepreneur. He enjoyed developing, cultivating, and building various businesses that ranged from restaurants (The Iron Horse), apartment complexes, mobile home parks, air parks, garages, and ranching. His “What we need to do” mentality allowed him to be successful and provide for his family. When he wasn’t working, he enjoyed gardening, ballroom dancing, telling jokes, and of course, bargain hunting.

A funeral service to honor Captain Rimes’ life will be held on Friday, April 15, at 11:00 am, at that same little church, Worthington Springs Community Church (Formally United Methodist Church). The family will receive friends for a visitation beginning at 10:00am at the church. Services will be officiated by Bro. Art Peterson. Arrangements are under the care and direction of Archer-Milton Funeral Home, Lake Butler. 386-496-2008. www.ArcherFuneralHome.com

In lieu of flowers, the family asks for donations to be made, in Mr. Rimes’ honor, to the Worthington Springs Community Church or St. Jude’s Children Hospital.