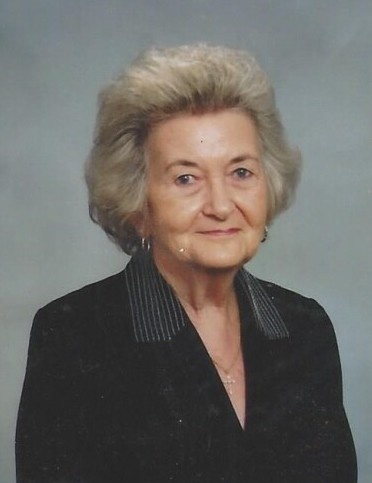 Ms. Jewell Thomas Zihal, age 88, of Lake City passed away peacefully at her home on March 10, 2021. Ms. Jewell was born December 23, 1932 to the late Jesse and Jessie Dugger Thomas. She was born and raised in Lake Butler and graduated from Union County High School. She worked as a battery operator for General Electric until her retirement in 1993. Ms. Jewell was an active member of Johnstown Baptist Church. She loved her family dearly, especially her grandchildren and great-grandchildren. She is preceded in death by her daughter, Beverly Moody; grandson, Chuck Howard; parents; and 5 siblings.

A funeral service to honor Ms. Jewell’s life will be held on Friday, March 12, at 11:00 am at the Archer Funeral Home. The family will receive friends for a visitation beginning at 10:00 am. Her interment will follow at Elzey Chapel Cemetery. Terry Elixson will be officiating the services. Arrangements are under the care of Archer-Milton Funeral Home, Lake Butler, FL. 386-496-2008. www.archerfuneralhome.com

To order memorial trees or send flowers to the family in memory of Jewell Lillian Zihal, please visit our flower store.