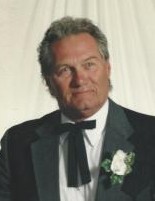 Mr. Jerry Calvin Poole, age 74, of Lake Butler, Florida, went home to be with the Lord on July 8, 2019, at one of his favorite places, Bass Pro Shops, in Gainesville, FL. Jerry was born on September 23, 1944, in Princeton, WV, to the late Willie Poole and Juanita Koande Poole. After high school, Jerry courageously joined the United States Army. While in the Army, Jerry served as a medic in the Vietnam War and was the recipient of the Purple Heart, National Defense Service Medal, Vietnam Service Metal, Vietnam Campaign Metal, Air Medal “3D Award”, Good Conduct “2D Award”, Combat Medal Medical Badge, Expert Field Medical Badge and Bronze Star”2D Award”. After the service, he joined the Nassua County Sheriff’s Office where he worked as a sheriff’s deputy for 10 years. Jerry went on to work in the construction industry as a grader operator for 30 years. He was an avid outdoorsman, loved guns, and was a jack of all trades. He was a member of Victory Assembly of God “Everybody’s Tabernacle” in Lake City. Jerry is preceded in death by both parents.

A funeral service to honor Mr. Poole’s life will be held on Saturday, July 13, at 2:00 pm, at his church, Victory Assembly of God “Everybody’s Tabernacle” in Lake City. The family will receive friends for a visitation on Friday, July 12, from 6:00 to 8:00 pm at Archer Funeral Home in Lake Butler. He will be laid to rest at Fort Call Cemetery in Worthington Springs, FL where military honors will be rendered. Arrangements are under the care and direction of Archer Funeral Home. 386-496-2008

The family will like to personally thank the staff of Bass Pro Shops for their compassion and support during this difficult time.

To order memorial trees or send flowers to the family in memory of Jerry Calvin Poole, please visit our flower store.
Send a Sympathy Card