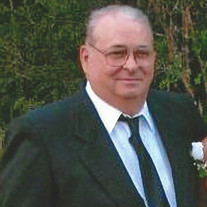 James Judson "Judd" Fink Sr, 80, of Raiford, Florida peacefully passed away on November 24, 2017, while surrounded by his loving family. Judd was born in Long Island, New York to the late Arthur and Evelyn Fink. In 1956, James "Judd" Fink Sr joined The United States Navy, where he proudly served his country for the following 6 years. Later, Judd became a member of the VFW and the American Legion. He enjoyed playing the guitar. Judd also enjoyed sitting around a fire with his friends and family. He worked as an electrician, retiring from the Lake City VA. Judd shared his skills and knowledge of electrical work and refrigerator repair with families who were in need. He was a giving man, who was easy to love. Judd is preceded in death by his brother, Artie Fink and sister, June Richards. He leaves behind his beloved family to cherish his memory.
James Judson "Judd" Fink Sr is survived by three sons; James J. Fink Jr (Sheila), Raymond A. Fink, and John A. Fink. Two daughters; Dorothy Burch and Barbara O'Brien (Michael). He is survived by 13 grandchildren and 24 great grandchildren, who adoringly called him "Papa Juddy". He was loved by many and will be missed.