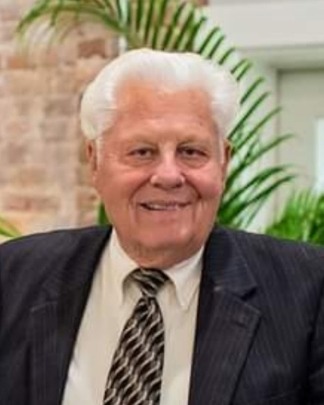 Mr. James Earl “Jimmy” Whitehead, age 88, of Lake Butler, passed away peacefully on September 4, 2022, at his home surrounded by family. He was born on June 6, 1934, to Andrew and Virdie (Palmer) Whitehead. He was the baby of 10 children and learned how to work at an early age. He worked on the family farm and attended high school at Union County High. Jimmy had a love for football and was the first player from UCHS to be selected to play in the North/South All-Star game. With 14 scholarship offers, Jimmy decided to sign with Clemson University to play football. Never being away from the farm, it didn’t take long for him to get homesick and return to Union County. Upon his return, the Florida Gators came to recruit Jimmy, but he decided it was time to hang up the cleats and get a real job. He bought the Gulf Oil Station in 1954 and ran it for many years before selling it. He owned and operated a restaurant in town, was mayor of Lake Butler for 18 years, and always enjoyed dealing in real estate. When he wasn’t working, he loved to be at the river fishing or the woods hunting. Above all, Jimmy’s smile, compassion, and generosity towards others is what will be remembered most and deeply missed. He is preceded in death by his wife of 60 years, Sue Rivers Whitehead; his parents; and his 9 siblings.

A funeral to honor Jimmy’s life will be held on Tuesday, September 6, at 3:00 pm at his church, First Christian Church in Lake Butler. The family will receive friends for a visitation beginning at 2 pm at the church. Bro. Art Peterson will be officiating the services with assistance from Bro. Shane Collins and Bro. Terry Elixson. Pallbearers will include Henry Whitehead, John Henry Whitehead, Donnie Jackson, Paul Whitehead, Dean Osteen, Timmy Pinkston, David Powell, and Ashton Listzwan. Honorary Pallbearers will be Joe Whitehead, Bo Whitehead, Donald Jackson, Lowell Shadd, Canova Howard, Bruce Dukes, Buddy Mabrey, and Fletcher Myers. He will be laid to rest at Dekle Cemetery. Arrangements are under the care and direction of Archer-Milton Funeral Home, Lake Butler. 386-496-2008. www.ArcherFuneralHome.com

To order memorial trees or send flowers to the family in memory of James Earl "Jimmy" Whitehead, please visit our flower store.