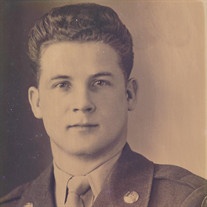 Mr. Jack Robert Whitehead 88, of Lake Butler passed away peacefully on November 3, 2016 in Gainesville. He was born in Lake Butler and was the son of the late Andrew W. Whitehead and Verdie Palmer Whitehead. He was preceded in death by his brothers John Whitehead, Bill Whitehead, Alford Whitehead and A.W. Whitehead and his sisters Merle Whitehead Brown and Olene Duberly.
Mr. Whitehead served in the Army for 20 years and retired as a Command Sergeant Major. He enjoyed gardening, grafting fruit trees in his spare time.
He is Survived By his Daughters Charlotte Thomas and Dorothy Whitehead
His Son: Terry Whitehead
Great Granddaughter: Aya Whitehead
Grandson: Stuart Whitehead
Brother: James E. Whitehead
Funeral Services will be held at the First Christian Church in Lake Butler on November 5, 2016 at 11:00 am with Bro. Shane Collins officiating. A visitation will be held one hour prior to the services beginning at 10am. Burial will follow after the service for immediate family only. Arrangements are under the care of Archer Funeral Home in Lake Butler. 386-496-2008

To order memorial trees or send flowers to the family in memory of Jack Robert Whitehead, please visit our flower store.