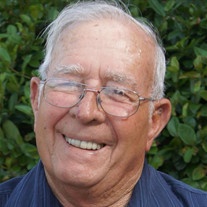 Jack "JT" Parrish, Sr., 74 of Lake Butler passed away, Wednesday, October 29, 2014 in Albany, Georgia after a brief illness. He was a lifelong resident of Bradford and Union County where he worked and raised his family. He retired from the Union County School Board, where he served as maintenance supervisor for 19 years and was a former Bradford County School Board Member for 12 years. He had a zest for life and lived everyday to the fullest. Other than his love for family and friends, he was an avid outdoorsman with a great love of hunting and fishing. He was known for his tremendous work ethic, willingness to help anyone in need, and desire to make people laugh. He will be missed by all and forgotten by none. He is preceded in death by his Father and Mother Herbert and Audrey Parrish, and granddaughter: Brianne Norris.

Funeral Service for Mr. Parrish will be held Sunday, November 2, 2014 at 2:00 PM at New River Baptist Church. Burial will take place at New River Baptist Church Cemetery. Family invites friends for visitation Saturday, November 1, 2014 from 6:00 to 8:00 PM at Archer Funeral Home. The arrangements are under the care of Archer Funeral Home, Lake Butler. 386-496-2008.

To order memorial trees or send flowers to the family in memory of Jack "JT" Parrish, please visit our flower store.