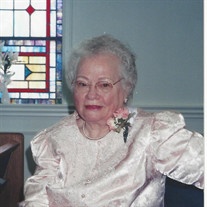 Funeral Services for Ms. Cox will be on Wednesday, July 6, 2016 at 11:00am at Pine Level Baptist Church in Starke, FL with Bro. Roman Alvarez officiating. A visitation will be held one hour prior to the service starting at 10:00am Burial will follow at Sapp Cemetery in Raiford. Arrangements are under the care of Archer Funeral Home in Lake Butler. 386-496-2008

To order memorial trees or send flowers to the family in memory of Iva "Sally" Cox, please visit our flower store.