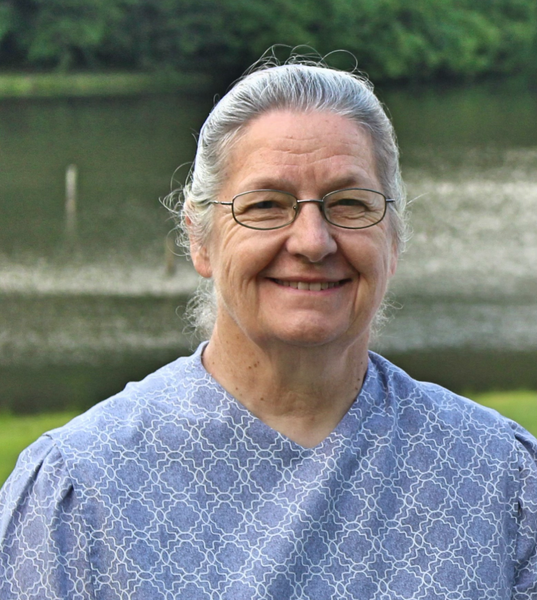 Mrs. Ida Mabel (Bear) Mast, age 73, of Lake Butler, Florida, went home to her eternal reward on March 25, 2022, after suffering a heart attack.
She was born on June 2, 1948, in Lima, OH to Clarence S. and Mary E. (Brunk) Bear.
Mrs. Ida grew up in Ohio and on April 6, 1974, married Lawrence (David)Mast. The two surrendered their lives to Christ and spent their 48 years of marriage in faithful service to God and others. They had 6 children whom Mrs. Ida loved dearly. She showed the Love of Jesus to many through cooking, sewing, and helping others. She also enjoyed traveling, camping and flowers.
In 2004 they moved to Lake Butler from North Carolina to help plant the Sante Fe Mennonite Church.
She is preceded in death by her a daughter, Lily, her parents and brothers, Gaylord, Raymond, Frank, and Willis Bear.
Mrs. Ida is survived by her loving husband, Lawrence (David) Mast of Lake Butler; her sons, Ivan (Jennifer) Mast of VA, LaVern (Evelyn) Mast of Lake Butler, Wendell (Jodi) Mast of NC, Dwayne (Lynelle) Mast of AR, and Dwight (Susita) Mast of Lake Butler; her grandchildren, Gwenette, Brooke, Joelle, Kaden, Mindy, Lucy, LaVaughn, Trenton (Brooke), Colton, JoLyn, Regan, Bailey, Jackson, McKenzie, and Keaton; her siblings, George (Mary Ellen) Bear and Stanley (Virginia) Bear all of OH, Louise (Ernest) Birky of OR, and Arvilla (Richard) Frieson of CA; her sister in laws, Verba Bear of OH, Judy Bear of Alberta, Canada, and Elmeda Bear of Lake Butler; and a host of extended family.
A funeral to honor Mrs. Ida’s life will be held on Wednesday, March 30, at 2:00 pm at Christ Central in Lake City, FL. She will be interred immediately following the funeral at the Sante Fe Mennonite Church Cemetery.
A visitation and viewing with the family will be held on Tuesday, March 29, from 3-4:30 pm and again from 6-8:00 pm at Christ Central in Lake City.
Jason Miller will officiate the Funeral service and Arrangements are under the care and direction of Archer-Milton Funeral Home, Lake Butler. 386-496-2008. www.ArcherFuneralHome.com
To order memorial trees or send flowers to the family in memory of Ida Mabel (Bear) Mast, please visit our flower store.