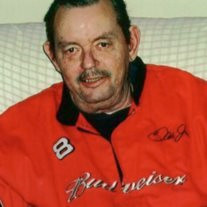 Henry Van Payne 67, of Jacksonville, passed away Saturday, February 15, 2014 in Jacksonville. He was born on August 22, 1946 in Lake Butler to the late Walter Payne and Shirley Knight Payne. He lived most of his life in Jacksonville and Starke while working in construction.

He is survived by his wife Elizabeth Payne
His son Eric Payne (Candy) of Briceville
Grandchildren; Amber, Aleana, and Alexander Payne

To order memorial trees or send flowers to the family in memory of Henry Payne, please visit our flower store.
Send a Sympathy Card