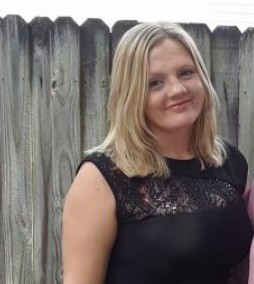 Some of Heathers hobbies included: shopping, being pampered, scrapping (if you know you know), and as we all know eating. Most of all Heather loved spending time with her family and friends. Heather had the biggest heart; she was truly one of a kind. She had a fun-loving spirit; she was always quick to help others. She had a laugh like no other and was quick to make others laugh at her own clumsiness.

A service to honor Heather will be held at 1:00pm on Friday, March 18, 2022, at Archer-Milton Funeral Home, Lake Butler, FL. The family will recieve friends for a visitation beginning at 12:30pm. The service will be officiated by Pastor Tim Rose. Arrangments are under the care and direction of Archer-Milton Funeral Home, Lake Butler. 386-496-2008 www.archerfuneralhome.com

To order memorial trees or send flowers to the family in memory of Heather Elizabeth Withrow, please visit our flower store.
Send a Sympathy Card