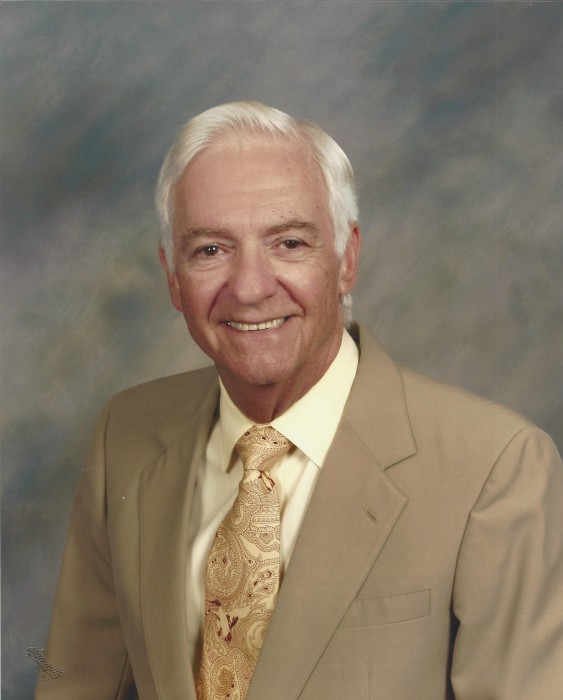 Mr. George Sidney Fortner, age 87, of Lake Butler, Florida, passed away peacefully on July 29, 2019, in Gainesville, FL. Mr. Fortner was born on October 2, 1931, in Cross City, FL, to the late George and Ida Mae Ward Fortner. When he was in the 8th grade, Mr. Fortner’s family moved to Lake Butler, FL. While in high school, he met a very special lady, Ms. Elizabeth Ann Roberts. After graduating, he went on to serve his county in the United States Air Force. After his service, he returned to Lake Butler and eventually married Ms. Roberts. They would remain married for almost 64 years. Ms. Fortner accomplished many things in life, but his long, successful marriage was his proudest achievement. He continued his education, eventually earning a Bachelor’s degree from the University of Florida. He went to work for the Department of Corrections and worked his way up to the rank of Superintendent (modern day Warden). He held that rank for 18 of his 31 years with the state. At one point is his career, he held the title, Dean of Superintendents, which is reserved for the superintendent with the longest tenure. Outside of work, Mr. Fortner enjoyed traveling the world, especially international trips to Europe and river cruises. He was a former member of the Lake Butler Rotary Club as well as a member of First Baptist Church of Lake Butler where he sang in the choir. He is preceded in death by both parents; daughter, Ginger Robertson; son, Michael Fortner; and grandson, Ley Robertson.

A funeral service to honor Mr. Fortner’s life will be held on Friday, August 2, at 11:00 am, at his church, First Baptist Church of Lake Butler. The family will receive friends for a visitation on August 1, from 6:00 to 8:00 pm at Archer Funeral Home. The services will be officiated by Reverend Jason Johns, Pastor of First Baptist Church, and assisted by Reverend Stephen Wells. Mr. Fortner will be laid to rest at Dekle Cemetery in Lake Butler.  Arrangements are under the care and direction of Archer Funeral Home. 386-496-2008 www.archerfuneralhome.com

To order memorial trees or send flowers to the family in memory of George Sidney Fortner, please visit our flower store.
Send a Sympathy Card