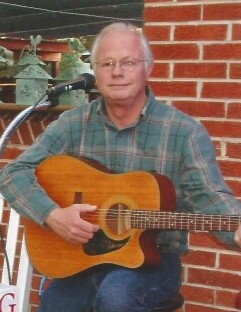 Mr. Gary Earl Whitten, age 71, of Raiford passed away peacefully at his home on December 3, 2020. Gary was born on January 31, 1949 in Raiford, FL to Herbert and Laurie Armstrong Whitten. He spent his entire life in the Raiford area and was a 1967 graduate of Union County High School. He started working at Archer Funeral Home at the age of 16 and moved to Kentucky to attend Mortuary School. After moving back home, Gary decided to take a different career path, so he began working for the Department of Corrections. He would work for 32 years until his retirement in 2002. After retirement, Gary decided to fulfil his dream of becoming a funeral director so in 2003, he became a full-time employee at Archer Funeral Home. Gary served thousand of families over the next 15 years and was a valuable asset to the company. He always loved country music and loved playing the bass and flat guitar. He also enjoyed riding horses and sitting around his pond watching his grandkids fish. He was preceded in death by his parents and by his brother, Herbert Lamont Whitten.

A graveside service to honor Gary’s life will be held on Tuesday, December 15, at 11:00 am at Sapp Cemetery. His service will be officiated by Bro. Randall Griffis, Sr.

Arrangements are under the care and direction of Archer Funeral Home, Lake Butler, FL. 386-496-2008. www.archerfuneralhome.com

To order memorial trees or send flowers to the family in memory of Gary Earl Whitten, please visit our flower store.
Send a Sympathy Card