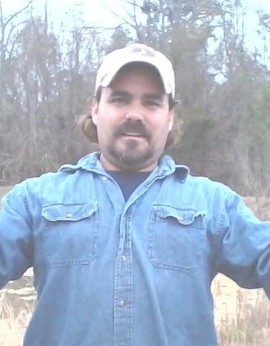 Mr. Frank James Ziesmer, 44, of Lake Butler, FL passed away on December 12, 2020 at North Florida Regional Hospital in Gainesville. He was born on February 28, 1976 to Frank R. Ziesmer and Rosalinda Hernandez Ziesmer. Frank grew up in Naples, FL and moved to Union County in 1998 with his family. His passion was dirt track racing and fishing with his grandchildren. He was a talented mechanic who worked with HVAC for 13 years. For the last 8 years, he worked at the Doller General Distribution Center in Alachua. Frank was preceded in death by his father, Frank R. Ziesmer, and his siblings, Jessie and Shelia Ziesmer.

A visitation and celebration of Frank’s life will be held on Wednesday, December 16, from 6:00 to 8:00 pm at Archer Funeral Home. The family requests everyone who attends, come comfortable just as Frank would want you to.

Arrangements are under the care and direction of Archer Funeral Home, Lake Butler, FL. 386-496-2008. www.archerfuneralhome.com

To order memorial trees or send flowers to the family in memory of Frank James Ziesmer, please visit our flower store.
Send a Sympathy Card