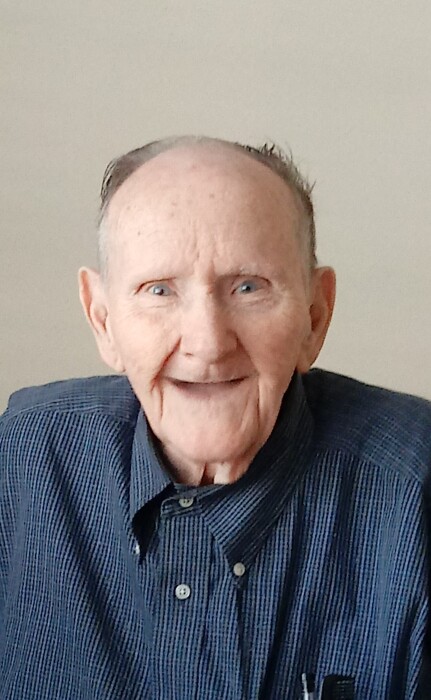 Mr. Frank Wilson Kerce Jr, age 93, of Lake Butler, Florida passed away Monday, August 3, 2020. Frank was born in Lake Butler on August 28, 1926 to the late Frank Sr and Mable Kerce.  He died from the COVID-19 virus.  He served in the U.S. Navy during WW II. Later he became a mobile home cabinet maker and retired in 1988. Frank lived most of his life in Lake Butler until his wife passed in early 2019, then lived with his step-daughter Mary Clingenpeel and her husband Glenn in Jacksonville Beach, Fl.  Frank was a member of the Lake Butler church of Christ and later OceanSide church of Christ. Even with his dementia Frank loved going to church. Two of his favorite songs were “Jesus Loves Me” and “Silent Night”. He claimed he wrote “Silent Night” and when he heard the song in movies, he wondered why they didn’t get his permission. Frank enjoyed watching cowboy shows such as “The Lone Ranger” and “Roy Rogers”.

Frank was almost 75 when he married Gladys Crawford Peacock, the “pretty woman” who sat in the church pew in front of him.  He had never been married. Church is the best place to meet your love. Frank and Gladys were married 17 ½ years.

Frank is preceded in death by his wife Gladys Kerce, his parents Frank Sr and Mable Kerce, and several siblings.  He is survived by his sister Betty June Kerce of Dowling Park FL.

A viewing will be held on Thursday, August 6, from 6:00 to 8:00 PM at the Archer Funeral Home.  For the protection of everyone involved, masks and hand sanitizers will be provided. Arrangements are under the care and direction of Archer Funeral Home, Lake Butler, FL. 386-496-2008. www.archerfuneralhome.com

To order memorial trees or send flowers to the family in memory of Frank Wilson Kerce, Jr., please visit our flower store.
Send a Sympathy Card