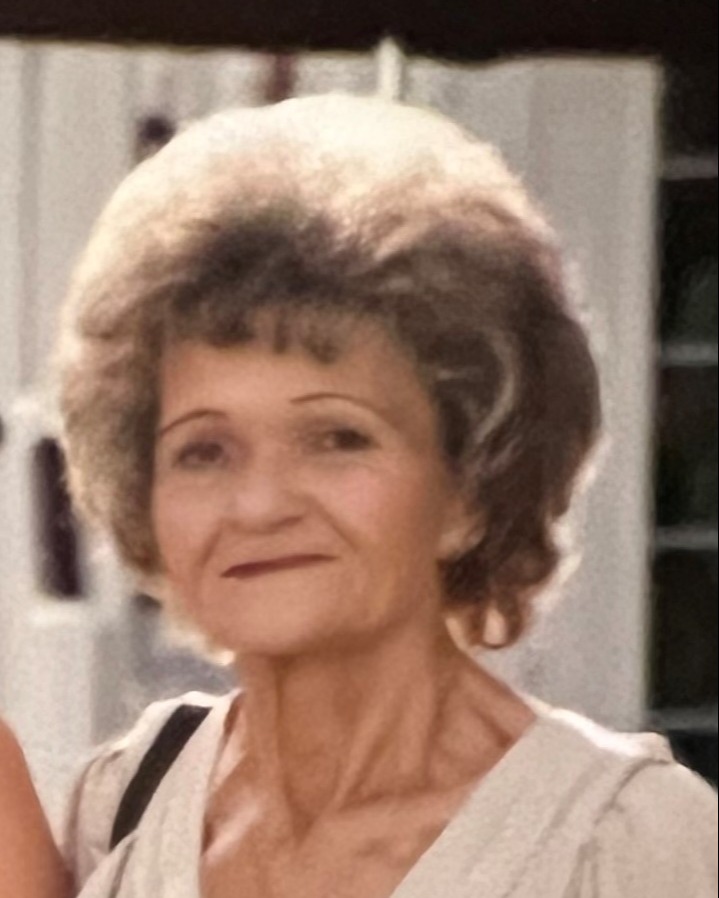 Mrs. Eunice Ann Saucerman, age 79, of Lake Butler, Florida passed away peacefully on October 27, 2022, after an extended illness.  She spent the last four years at Windsor Health and Rehab Center in Starke, where she was commonly known as "Saucey". She was surrounded by family during her final days.  She was born on November 22, 1942, in Union County to the late Joe and Estelle Green. Mrs. Saucerman was preceded in death by her parents; her sisters Hazel Dukes, Alma Mann, Bobby Woodard, Glenda Mullis and her brother Danny Green. She leaves behind her husband Louis Saucerman, Children: Jack Parrish (Arnye), Terri Parrish, Melanie Howard (John). She is also survived by her step-children, Soncee Green, Alecia Thompson, and Shawn Saucerman. Five grandchildren: Shayna Harrison (Kevin), Justin Howard (Jessica), Ashton Wilis (Kendyl), Jessie Parrish, Taylor Hanks (Rocky): Great-grandchildren: Blair Harrison, Jepson Howard, Joy Del Howard, Judd Howard, Graysen Willis, Kennon Wilis and Drake Willis, Atlas Parrish, Neveah Hanks, Graysen Hanks.   She is also survived by six step-grandchildren and 9 step-great-grandchildren. Mrs. Saucerman started her career as a beautician, was a farmer and worked at Georgia Pacific in Palatka.  She was a founding member of Morning Star Church, where she led the music ministry for several years. She also played the guitar and organ.  She was an outstanding baker and enjoyed the outdoors, fishing, sunbathing, and was quite a dancer back in the day. Her faith, family and church community were the most important things in her life. While seventy-nine years is short, she suffers no more.  She will be missed by many.

A service to honor Mrs. Saucerman will be held at 4pm on Saturday, October 29 at Archer-Milton Funeral Home. The family will receive friends for a visitation beginning at 3pm. Mrs. Saucerman will be laid to rest immediately following the service at Elzey Chapel Cemetery. Arrangements are under the care and direction of Archer-Milton Funeral Home, Lake Butler. 386-496-2008 www.archerfuneralhome.com

To order memorial trees or send flowers to the family in memory of Eunice Saucerman, please visit our flower store.