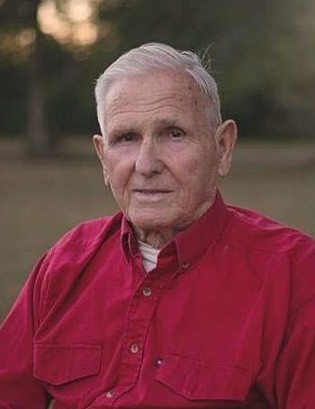 Mr. Earl Mosley, age 92, of Clay Hill, FL passed away peacefully on March 17, 2020 at Isle Health and Rehabilitation Center in Fleming Island. Earl was a lifelong resident of Maxville, FL. He enlisted in the United States Marines and was stationed in China during WWII. After his service he came back to Maxville and started Mosley Trucking. He worked there until his retirement. Earl was an active member of Long Branch Baptist Church and served as a deacon for over 60 years. He was also a Duval County (Maxville) Station 43 volunteer firefighter for 30 years. Earl is preceded in death by his wife of 69 years, Lorraine Mosely; son, Ronnie Earl Mosley; daughter, Judy Diane Mosley; brothers, Charlie, Donnie and Nathan Mosley and sisters, Hazel Griffis and Bell Rosier.

A service to honor Earl’s life will be held on Saturday, March 21st at 11:00a.m. at Long Branch Baptist Church. Family will receive friends for a visitation beginning at 10:00a.m. (one-hour prior). Service will be officiated by Pastors Harry Conway and Richard Fish. Interment will be held at Long Branch Cemetery. Arrangements are under the care and direction of Archer Funeral Home. 386-496-2008 archerfuneralhome@yahoo.com

To order memorial trees or send flowers to the family in memory of Earl Mosley, please visit our flower store.
Send a Sympathy Card