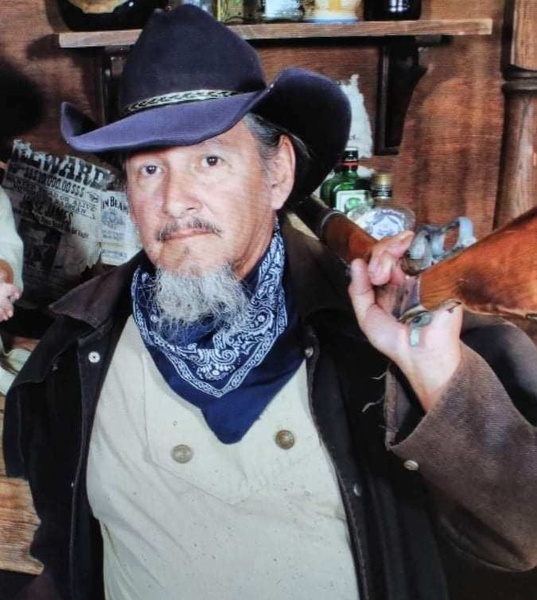 David was born June 7, 1955, passed away at the age of 66 on September 16, 2021 after a brief battle with illness in Jacksonville, Florida. David was born in Conneaut, Ohio to Isaac and Evelyn Norton. David had three brothers Frank, Sam, Jonathan and one sister, Bonnie. David and his family were Native Americans and David was a very proud member of the Little Traverse Bay Band of Odawa Indians.
David grew up in Racine, Wisconsin to a difficult childhood which shaped his early outlook on life. This outlook led to David joining US Army at a very early age (17) to fight in the Vietnam War. While in the Army, David trained to be a101st Airborne “Screaming Eagle” in Ft. Campbell, KY where he met his first wife Sharon Eser (Miller) and had a brief marriage that produced three boys; Jason, Chris and Adam. At the time the war ended, David had just completed his training and remained stateside. He was discharged from service then moved back to Wisconsin.
Once back in Wisconsin David tried to find new meaning in his life after the military. In Wisconsin David had another son, Joey. Shortly before Joey was born David met his second wife, Lois Beard (Lewis), and they had four children together. Three boys David-Jon, Justin, Forrest and a girl Dawn Snow. Shortly after the second child with Lois was born, his son Joey was tragically killed in a car accident. David took the death of one of his children very hard and started a life of wandering.
This is when David turned to a life on the road proudly serving as an Over the Road Truck Driver providing goods to our nation’s needs and found his love for Florida. David often spoke of the open road as peaceful and calming. While keeping his permanent home in Wisconsin, David became very close to one of his nephews, Jerome and had remained close.
David eventually found the love of his life, Leia. Leia and David, along with Leia’s children Breanna, Austin, Claudia, Wyatt and Sage left Wisconsin to settle in Florida in 2015.
David and Leia were married in 2017. David enjoyed being on the road, but he loved being home with Leia and her children even more. David raised Leia’s children as his own and would tell anyone who asked, they were his. David was a giving man who stepped up when it came time to raise the newest and youngest member of David’s family, Preston, whom he affectionally called Bubba. David’s wandering and figuring himself out was done, He had found his home with Leia and their family. David enjoyed sitting around, playing his guitar and singing. It is certain, David is playing his guitar even now.

David is preceded in death by his parents, Isaac and Evelyn, his older brother Frank, his younger brother Sam and his son Joey

To order memorial trees or send flowers to the family in memory of David F. Norton, please visit our flower store.