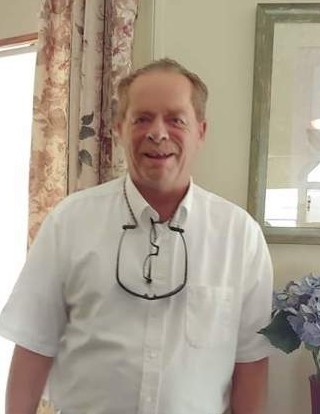 Mr. Daryl Leo Thornton,55, of Starke, Florida gained his Heavenly wings on September 16, 2019 at Shands UF in Gainesville. Mr. Thornton was born in Starke, FL, to the late Leo & Nadine Starling Thornton. Daryl graduated from Bradford High School in 1982 where he was a Star Football Player for the Bradford Tornadoes. He resided in Starke for 50 plus years before moving to Lake Butler with his sister in 2016. He was a self-employed Fiber Optic installer. Daryl Loved the Lord, church, family and Gator Football. He was also a Black Belt in Karate. Daryl was always the life of the Party and always smiling and you could never make him mad. He was preceded in death by both parents and his sister Donna Thornton Waters.

Mr. Thornton is survived by his sister, Glenda (Johnnie) Lee of Lake Butler; brother-in-law, Harold Waters Jr. of Angelton, TX and many nieces and nephews.

A funeral service to honor Mr. Thornton's life will be held on Thursday, September 19, 2019 at the Union Baptist Church at 3:00pm with Pastor Richard Harrison officiating. A visitation will be held 1 hour prior to service beginning at 2:00pm. Arrangements are under the care of Archer Funeral Home in Lake Butler, Fl. archerfuneralhome.com. 386-496-2008

To order memorial trees or send flowers to the family in memory of Daryl Leo Thornton, please visit our flower store.