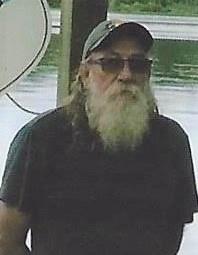 Mr. Daniel Bray Bryant, age 66, passed away on March 2, 2021 at Douglas House Hospice in Jacksonville, FL. Mr. Bryant was born August 30, 1954 to the late Randolph Bryant and Wilma Carter Ryder. Mr. Bryant was raised in Union County and resided there most of his life. He worked for Gillman’s Timber Company until his retirement. He was a simple man who enjoyed working on cars and fishing. He also enjoyed camping just as long as it was in a cabin with a bed. Mr. Bryant is preceded in death by his parents; his sisters, Joanne, Louise, and Christina.

A service to honor Mr. Bryant’s life will be held at 4:00pm on Monday, March 8th at the Archer Funeral Home Chapel. The family will receive friends for a visitation beginning at 3:00pm. The service will be officiated by Bro. Randall Griffis. Arrangements are under the care and direction of Archer-Milton Funeral Home, Lake Butler. 386-496-2008

To order memorial trees or send flowers to the family in memory of Daniel Bray Bryant, please visit our flower store.