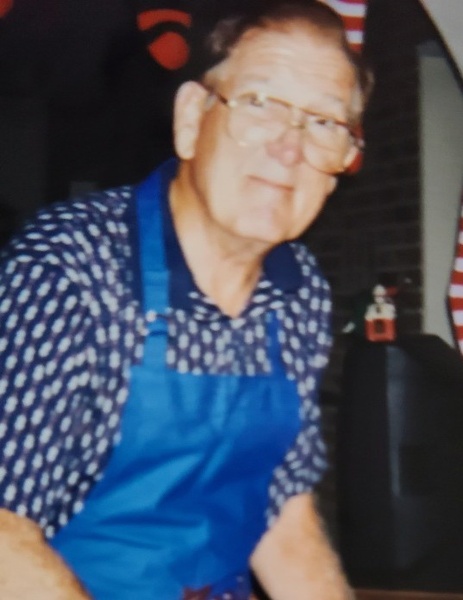 Mr. Claude Lester Thomas, 88, longtime resident of Union County, passed away on Saturday, January 16, 2021 at the home of his daughter. He was surrounded by family.

Mr. Thomas was born in Lake Butler, October 16, 1932, the son of Henry and Pearl Thomas. He was a devoted family man, admired for his persistence and renowned for his work ethic.

Claude was a graduate of Union County High School. He later proudly served in the United States Air Force, at home and in Scotland, as a linguist and translator. Upon his return to civilian life, he worked as an electrical engineer at TRT Telecommunications. This work appealed to his inquisitiveness and love of numbers—a passion that continued throughout his life. He was always up for the challenge of a tricky Sudoku puzzle. After working throughout the state of Florida, he settled in North Miami Beach where he met and married Sandra Cacace.

In his 60s, his heart drew him back to Union County. With determination and skill, he built a house and farm just miles from where he was raised. Working the land, kept him spry into his late 80s. When asked how he was feeling, he would often reply, “Too good for one young man.”

He is preceded in death by Sandra and his son Roland. He is survived by his daughter Diana Fedderman (Marc), daughter Lisa Cagno (John), and son Christopher Thomas. He also leaves behind his beloved grandchildren: Mary, Chelsea, Jessica, Quinn, Chance, Joshua, Michael, Cameron, Trinity, John Jr., and Trevor. Finally, he is survived by eight great-grandchildren.

Viewing will be held on January 21st at 1 PM at the Archer Funeral Home with the service beginning at 2 PM. Interment will be at the Hunt Thomas Family Cemetery. After the services, the family will receive visitors at the Harmony Free Will Baptist Church. Arrangements are under the care and direction of Archer Funeral Home, Lake Butler, FL. 386-496-2008 www.archerfuneralhome.com

Memorials may be made to the Fisher House Foundation.

To order memorial trees or send flowers to the family in memory of Claude Lester Thomas, please visit our flower store.