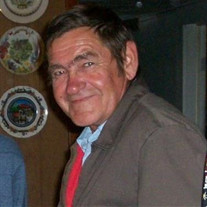 Cecil Jessie Taylor, 63, of Lake Butler, Florida passed away on March 31, 2018. Cecil was born to the late Howard and Virginia Taylor in Peirce County, Georgia, where he was raised. Cecil moved to Florida in 1982. In his free time, Cecil enjoyed fishing. He loved animals and worked as a veterinarian tech for many years. Cecil retired from Brittney Estates, where he worked as a maintenance technician. He is preceded in death by his father, Howard Taylor. Mother, Virginia Durrance Taylor. Brother, Sgt. Larry Durrance. Sister, Jenny L. Taylor. Sister in law, Annie Dickson. Maternal grandparents, Jessie and Hattie Durrance. Paternal grandparents, William and Jennie Taylor. Cecil leaves his memory to be cherished by his beloved family.
Cecil Jessie Taylor is survived by two brothers; Bruce E. Dickson, Howard Taylor Jr (Cathy). Two sisters; Jeanette King, Mildred L. Thompson (Jerry). He is a Cecil was loved by many and will be missed.

To order memorial trees or send flowers to the family in memory of Cecil Jessie Taylor, please visit our flower store.
Send a Sympathy Card