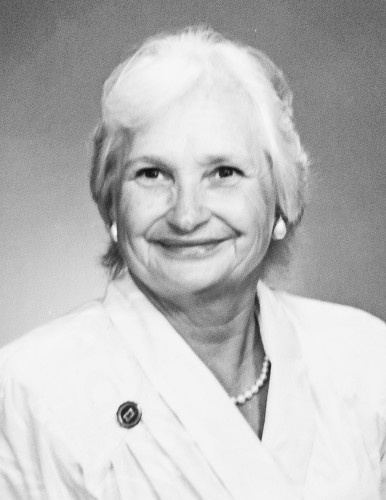 Annie Laura Touchstone Harvey, 89, passed peacefully from this life to her eternal heavenly home on Wednesday, May 20, 2020.

She was born in rural Union County on February 18, 1931. She married the love of her life, Alfred Harvey, in 1951, and began her career as a military wife. The couple had six children and led an exciting, but challenging life with many moves to various locations in the United States and abroad. Upon retirement from the U.S. Army in 1971, they settled in Union County, where their family continued to grow to include in-laws, grandchildren, and great-grandchildren.

It was evident to all who knew her that Annie Laura was devoted to her family. She pronounced each newborn addition to her clan as the brightest, most beautiful being in the all the world. And she made sure each one always knew that they were uniquely special and cherished at every stage of life. She extended that same kind of love and grace to extended kin and friends and welcomed them into her fold.

Annie Laura had boundless energy, resourcefulness, and spunk in her younger days. She was a masterful chef of southern cuisine and could stretch a dollar to fill her family dining table with delicious homecooked fare. There was always enough for any extra kids her children brought home and for other guests who happened by at mealtime. No visitor ever left her home without sampling something she made from scratch and a glass of sweet tea.

She presented a sweet, gracious persona to the world, but her children, grandchildren, and those closest to her knew she was a real steel magnolia. She had to be, for her life presented many obstacles that those with less grit could not endure. She was small in stature, but could command an army of children with a raised brow and a threat of the flyswat, which was always a fixture on the dashboard of her station wagon. She remained the matriarch-in-charge of everything throughout her lifetime.

Annie Laura also loved her church. She was a member of the Church of Christ, which she joined upon profession of faith and baptism at age 12.

Her life was simple by society’s standards, but the legacy she left is remarkable to those who understand the true measure of worth. She was selfless, did her very best in all her undertakings and responsibilities, worked tirelessly, never met a stranger, extended kindness and hospitality to all she met. She loved her Lord and Savior, her family, her friends, and people in general. She left nothing undone in the course set before her.

In light of the pandemic we are currently experiencing, a celebration of the life of Annie Laura Harvey will be held at graveside, Dekle Cemetery, Lake Butler. Unfortunately, due to the compromised immunity of members of the immediate family, we must refrain from physical contact to keep our at-risk family safe. Please know that we love and appreciate all who wish to pay their respects and regret having to take these precautions.

To order memorial trees or send flowers to the family in memory of Annie Laura Harvey, please visit our flower store.