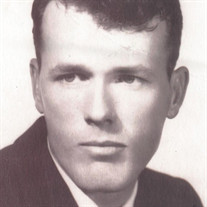 Early Monday morning, August 14, 2017, surrounded by members of his family,
Rev. Alvin Lemuel Lane passed away in his home. Born on April 27, 1933, in Appling
County, Georgia, to Grooms and Mable Lane, Alvin began his life that would be marked
by dedication and service to his family, friends, country, and the church. At the age of
17, he enlisted in the United States Navy where he served for three and one half years
before enlisting in the United States Air Force. He married his lifelong sweetheart,
Virginia (Jenny) Lynn, on July 2, 1955 and for the next 62 years these two exemplified
true Christlike love for all their world to see.
Alvin served in the USAF for 17 1/2 years. It was during this time he experienced
his conversion to Christ, and his call to the ministry, and in 1964, was licensed by the
Church of God (Cleveland, TN.) to preach the Gospel. As an Airman, Alvin acquired,
and eventually retired, at the rank of Master Sergeant in 1972. Following his retirement,
he moved to Lake Butler to begin pastoring the Lake Butler Church of God. He retired
from pastoring in 2010.
It would be accurate to say the English language does not contain adequate
words to express the character of a man like Alvin Lane. He was marked by
selflessness, love, dedication, service, commitment, hard work, self-control, a highly
tuned intellect, and a passionate love for Christ. His sense of humor was infectious. His
love for all was palpable. His dedication to Christ was a model for all. He wasn't afraid
to get his hands dirty. He wasn't afraid to show love to his family. He was bold enough
to cross socially constructed, traditional lines of mankind if the Word of God led him to
do so. His life was truly one to be emulated.
He is preceded in death by his three siblings: Geneva Wainwright, Thomas Lane,
and Dorcus Trull. The family legacy he temporarily leaves behind is as follows: His
loving wife of 62 years, Virginia (Jenny) Lynn Lane; his three children, Stephanie Hardin,
Steve (Marlene) Lane, and Sandi Avery; his six grandchildren, Lemuel (Ashley) Lane,
Lauren Avery, Becki (Jason) Riddle, Bryan (Hedi) Avery, Jessica Lane, and Danny
(Shelbie) Lane; his eight great grandchildren, Dalton, Dylan, Hunter, Emma, Tayler,
Kolten, Warren, and Makenzie; and many nieces and nephews.

To order memorial trees or send flowers to the family in memory of Alvin Lemuel Lane, please visit our flower store.
Send a Sympathy Card